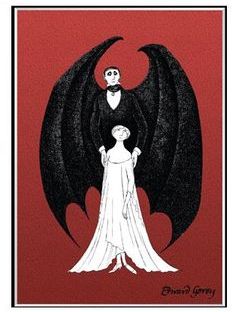 In 1897, Bram Stoker published his novel Dracula, which reinforces ideas and values that were a product of British society. Stoker constantly expresses his fears regarding the modernization that the society was undergoing. Although he was not opposed to modernity, he wanted to preserve the foundation that Britain was established upon. Stoker considered women a valuable asset of Britain and emphasized the importance of their role in society through the female characters in his novel. However, modernity was producing a new type of woman that did not meet Stoker’s expectations. The New Woman was a modernized version of the traditional Victorian woman, and had a purpose that extended far beyond her responsibilities in the household. As a result, Stoker creates the character of Dracula in order to warn his society about the dangers of neglecting old values for modern innovations. Stoker successfully portrays this message by making Dracula a blood sucking vampire that attempts to colonize Britain. Despite Stoker’s willingness to accept certain components of modernity, he strives to restore the 19th century by rejecting the New Woman and making British society exclusive from the foreign Other.

By incorporating technological advancements in his novel, Stoker shows acceptance of the changes implemented by modernity. His characters rely on shorthand, the phonograph, and the train in order to overthrow the character of Dracula. For instance, Dr. Seward records his notes on a phonograph, while Mina writes in shorthand to discreetly communicate with Jonathan Harker, and a majority of the characters rely on the train as a means of transportation. In spite of these advancements, elements of the old world are still required to destroy the character of Dracula and restore society to its original state. This is illustrated through Lucy’s transformation into a vampire after she is attacked by Dracula. Greg Buzwell elaborates, “Van Helsing may use blood transfusions in an attempt to keep Lucy alive, but also resorts to garlic flowers and crucifixes to hold the vampire at bay” (Buzwell 5). It is evident that science and technology alone are not enough to defeat an ancient evil; Stoker illustrates that old beliefs are still vital and should not be abandoned. Moreover, he displays the unethicality that can be associated with science. In order to prevent Lucy from transforming into a vampire she acquires blood transfusions from multiple men. Metaphorically, this can be considered a sexual act during the Victorian era because a blood transfusion required the exchange of bodily fluids.

Stoker feared that an excessive reliance on science and logic can result in the desertion of religion and old values. This fear is expressed through the character of Harker, an English solicitor who has become accustomed to relying wholly on reason and regarding the supernatural as superstition. However, Harker falls back on religion to defend himself against Dracula. For instance, prior to his encounter with the Count, Harker never believed in the power of religious symbols; however, after his encounter with Dracula, Jonathan uses a crucifix to protect himself. He even goes to the extent to faithfully wear a crucifix around his neck. He admits, “And yet unless my senses deceive me, the old centuries had, and have powers of their own which mere ‘modernity’ cannot kill” (Stoker 67). Dracula’s presence acts as a reminder for Harker that old values and religion are still valuable regardless of how modernized society becomes.

Stoker may accept technological advancements produced by modernity; however, he is completely opposed to the liberation of women. Unlike many women during the 19th century, Lucy embodies the characteristics of the New Woman. She questions the responsibilities that society places on her because of her gender. In addition, she struggles to accept the concept that women are only allowed one husband. Lucy represents a type of woman that was much too advanced for the 19th century. Consequently, she endures two painful deaths, as if one is not enough punishment for her scandalous idea. Lucy suffers a dawdling death when Dracula preys on her. Dracula drinking the blood of Lucy is symbolic for his efforts to “remove” the New Woman from her body. She is killed once more when she is staked through the heart by her fiancé and beheaded. The theme of patriarchy is depicted through Lucy’s death when multiple men come in unison in order to kill her. This can be considered a form of oppression intended to conquer the new era of women that modernity was producing. Stoker effectively portrays his dislike for the New Woman by having Lucy suppressed by multiple men in order to destroy her. Stoker purposely creates the character of Lucy to demonstrate the repercussions if a woman was to abandon the responsibilities of a traditional woman to fulfil the role of the New Woman. Christina Metzdorf believes “Since women had to be the perfect wife and mother, obedient to their husband and caring for their children, they were supposed to ensure the survival of the nation and the British culture” (Metzdorf 3). Ultimately, a society is only as good as the women that are a part of it. This is exemplified through the children that are targeted by Lucy when she becomes a vampire. Lucy’s attempt to embody the New Woman contributed to her neglecting her maternal instincts by choosing to prey on children. Stoker is posing a solution through the death of Lucy, which would in turn keep the New Woman from becoming a reality.

Stoker alludes to his dislike of the foreign Other by having the character of Quincy Morris killed at the end of the novel. Stoker bestows certain attributes on Quincey, such as a heavy Texan accent, to exclude him from British society. Quincey’s desire to live in a society that he did not belong to contributed to his death. Quincey dies in the process of fighting Dracula. According to Metzdorf, “Hence, Stoker not only illustrates the public anxieties by concentrating them in the character Dracula but also provides society with a possible solution to prevent a collapse of the Empire” (Metzdorf 4). In other words, Quincy’s death is an indication that he was not an ally to Britain, but a foreigner who could influence the nation with his foreign ideology (Tomaszewska 4). It is obvious that Stoker considers Britain superior to other nations and does not want to jeopardize its status. As a result, in order to preserve British society, the nation must prioritize itself by becoming exclusive and rejecting any form of foreign influence.

Stoker’s hesitation to accept modernity is present throughout his novel. He illustrates that the technological advancements resulting from modernity are beneficial, but are not always effective. In addition, science and logic can exceed certain boundaries that society have established. Although modernity can be advantageous for a society, Stoker wants to ensure that the beliefs and values fundamental to Britain do not change. This is problematic considering the birth of the New Woman and the influence of the foreign Other. The New Woman threatened the social structure of the Victorian family and the masculinity of British men. On the other hand, the foreign Other incorporates outside influences, which in turn can corrupt British culture. Stoker instills fear in his readers by showing them the effects modernity can produce. Stoker is not opposed to modernity, but he wants to warn his society of the consequences of abandoning old British values regarding morality and family.

Tomaszewska, Monika. “Vampirism and the Degeneration of the Imperial Race ̶ Stoker’s Dracula as the Invasive Degenerate Other.” N.p., n.d. Web.